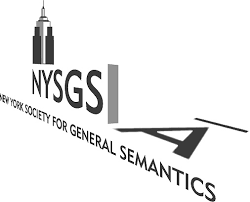 Consensus partner, Zachary Metz, was a featured panelist at the New York Society for General Semantics on April 21st. He was joined by Dr. Michael Plungh of Manhattan College in the NYSGS’s “The Intimacy of Enemies: When Maps and Territories are in Conflict and What We Can Do about It”.

Questions such as, “How might general semantics inform peace building efforts, particularly with respect to evaluation errors in the mapping process? What does it mean when different parties are operating with different maps, assuming that each represents the same territory? How do parties in conflict err in essentializing their respective identities? What can the general semantics concepts of non-identity and non-allness do to overcome these intractable conflicts?” were addressed.

They examined whether small things matter in big conflicts.

Zach has expertise in micro- and meso-level action and interaction, and uses this lens to analyze small groups that influence peace in intractable conflicts.

“His analysis illuminates forms of sociologically unique political power generated in and by these groups. The groups he studies are all led by, and made up of, “local” actors at the national or subnational level. They are working in a wide range of settings, including Palestine and Israel, Iraq, Myanmar, Northern Ireland and Lebanon. While the activities undertaken by the groups are varied, Dr. Metz’s research shows how all engage in specific forms of profound transgression, working directly with counterparts who are viewed as “the enemy” in the hegemonic conflict narrative.

1. Border Crossing;
2. engaging in specific forms of Interaction and Action;
3. Redefining the Situation;
4. generating Emotional Energy;
5. acting on Agency and Freedom;
6. and, finally, Creating Alternatives to the prevailing conflict hegemony and order.

His work is concerned with the exceptional capacity of these small groups to create potent alternatives, and how this is hopeful and consequential, even in the most brutal conflicts.