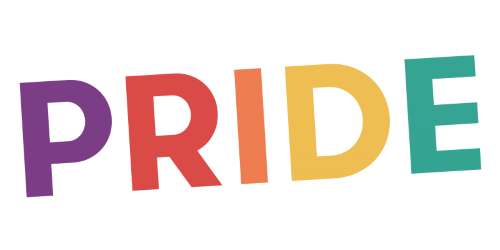 This June, cities across the United States honor LGBT Pride Month, a month in which we are pressed to think critically about prejudice.

In the wake of the Orlando nightclub shooting, this LGBT Pride Month has an added layer of weight and significance. The shooting, the worst in American history, reminds us that prejudice and poor communication can escalate conflicts, even to the point of deadly violence.

This article addresses everyday biases and obstacles that manifest both in and out of the workplace, specifically the role of gender and sexuality in corporate industries.

Such topics are especially relevant and interesting to Consensus, as we consult to global organizations about effecting improved business results through enhanced communication and collaboration.

According to the U.S. LGBT2020 sample—a study published by Out Now Global, an LGBTQ marketing specialist—only 38 percent of LGBTQ Americans feel comfortable coming out at work. In a phone interview with Consensus, Nick, a manager at a prominent technology company, shared, “‘Gender and Sexuality in the Workplace’ is an important topic that needs to be talked about more. Sexuality is important. I live it everyday. It impacts how I behave and advance at work.”

Though the LGBTQ community has made significant advances over the past decade, less than 18 percent of LGBTQ professionals believe that their workplace is not homophobic. Workplace homophobia takes many forms, from overtly homophobic attitudes and statements, to implicit biases held by coworkers and superiors. Implicit bias (commonly defined as the unconscious stereotypes and attitudes we have about a group of people) addresses notions of masculinity/femininity, lifestyle, and self-expression. On the topic of workplace dynamics, Nick states, “You can definitely feel like an ‘other,’ and there is implicit bias at my company that’s part of a wider conversation about bias. Therefore, it’s important to think about how we create an environment.”

Despite inclusion and diversity programs, the tech industry “still has a problem with demographics in the workplace,” states Nick. “Sexuality is ever present, and it goes a lot of different ways. Just by using pronouns it comes up.” According to the LGBT2020 sample, 16 percent of respondents report that they’ve experienced harassment at work.

Nick explains, “I was a professional ballet dancer for a few years. I worked as a performer and I worked in hospitality. At my tech company, everything is more corporate or subdued. It’s a corporate structure, so you can’t sway too far up or down. You need to find a balance between that and being yourself. The dynamics vary by the ways in which you express yourself.”

In a study entitled The Business Impact of LGBT-Supportive Workplace Policies, researchers at the Williams Institute found that openly LGBTQ professionals experience less stress and anxiety than those who are not open about their sexuality at work.

So, while LGBTQ professionals may feel that they must hide their sexual orientation in order to advance their careers, such compromises may affect workplace happiness. And, research shows a direct correlation between job satisfaction, engagement, efficiency, and productivity. In the end, as described in a recent article in Inside Philanthropy, it is in the organization’s business interest to create an environment that embraces difference, including different sexual orientations.

Accordingly, in an attempt to strengthen LGBTQ support networks, many corporations are becoming increasingly involved in LGBTQ organizations. “Women in the Workplace has been a big deal, and LGBTQ is starting to become big too,” Nick explains. “There’s been significant corporate involvement recently, which is a big evolvement from a business standpoint. Still, this involvement brings out a lot of unanswered questions.”

Based on Consensus’ experience as negotiators, mediators, trainers, and coaches (practitioner-facilitators), improved emotional intelligence and communication skills would expedite positive change in this area. While either would independently improve dynamics, the two in tandem would have a gestalt effect.

A greater awareness of one’s biases can positively impact professional dynamics. A shift to an inquisitive mind – intellectual curiosity about others while avoiding prejudgment – serves as a springboard for positive communication and creative problem solving.

A number of Consensus’ corporate clients are integrating these solutions – in the form of customized workshops, individualized coaching, or a mix of the two – into their Diversity & Inclusion strategies.

Nick has found his tech company to be very supportive of LGBTQ professionals: “In my life and in my career, as a San Franciscan tech worker, there’s been a lot of support. At the same time, there have definitely been things to overcome, and I have a different journey than the typical career.”

Pride Month brings to light overdue discussions about obstacles that the LGBTQ community faces, both in and out of the workplace. As we celebrate and reflect on Pride Month, Consensus is optimistic that individuals and organizations alike will continue to take the steps necessary to make everyone at the organization feel welcomed and supported.