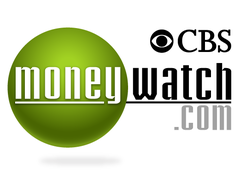 CBS MoneyWatch turns to Consensus partner, Michael Rosenthal, for expert advice on negotiating pay, in their article How to Get a Better Offer.

The signs of life in the job market are a little like Sunday morning in a fraternity house — yeah, we’re seeing some movement, but
there’s a lot of cleaning up to do and the headaches aren’t going away any time soon. So while employers are selectively
rebuilding their post-bubble workforces, they don’t feel much pressure to boost pay: In 2009, compensation grew at the slowest
pace in the last quarter-century, says Mark Zandi, chief economist at Moody’s Analytics.

Still, if you’re offered a great job opportunity with a not-so-great salary, that doesn’t mean you have to either pass or accept a truly
paltry package. They want you, so work with them. “You should be sitting on the same side of the negotiating table as the
employer, not the opposite side,” says Michael Rosenthal, CEO of Consensus, a New York City-based consulting firm. “Say, ‘We
both want me to work here. Let’s figure out how to make that happen.’”

First, negotiate other aspects of your package to bump up the overall compensation. Then, ask for other perks that will increase
your quality of life — because isn’t that really what money gives you, anyway? Here’s how.

If your salary offer comes in way below what you were expecting, don’t start canceling your vacation, retirement or dinner plans.
Instead, ask for other forms of financial compensation.

• Signing bonus: Don’t be afraid to ask for cold hard cash. “Many companies still have pools of money for signing bonuses,” says
Karen James Chopra, a Washington, D.C.-based career coach. “If they say, ‘Yes, $5,000,’ say ‘Great, but is that the maximum
you offer?’ You want the biggest signing bonus they’ve ever offered someone,” says Chopra.
• Performance bonus: If the signing bonuses have driven away with the company-provided Town Cars, ask for a performancebased
bonus clause in your contract. Of course, this is particularly relevant if you’re in sales, but it can apply to anyone with
quantifiable goals. Northern California sales and business consultant Mark Quesenberry says he asked for “performance
bonuses set in place at the six- and 12-month mark, which I knew were achievable. The result was a great earning ramp that
jumped past my old base.”
• Stock options and restricted stock: Ask about restricted stock grants, stock options, and — especially if you’re being offered a
senior executive position — profit-sharing. Just remember that no matter how well you perform, the stock market is going to
decide what those shares are ultimately worth. “With stock options there is obviously a risk [that share prices will fall],” says
Chopra. “And with profit-sharing, there is the potential for the company to go belly up.”
• Shiny perks: Consider asking directly for what you want the money to purchase. If it costs a company less than the salary
you’re asking for, they just might bite. “I negotiated a shiny new BMW for a senior person at a bank,” says Rosenthal. “He
wanted the luxury car, and when it came down to it, the bank wouldn’t pay the extra salary because they had to keep all senior
vice presidents at that level. But they could carve out the company leasing that car, and the guy got that car.”

Rosenthal says that some firms may even be willing to negotiate 401(k) details, such as how quickly the company match will vest.

If the company just can’t meet your financial needs, but you need or want the job, consider how it might pay off later down the
line.

• Title bump: One strategy that won’t cost your company a cent is to get a virtual job promotion. “Maximize the value [of the
new job] by getting a really fabulous title,” says Chopra. “That really nice title on the resume can result in more money on
your next career move.”
• Earlier reviews: Ask for a performance review earlier than usual: at six months instead of a year, perhaps. Then agree on
several benchmarks — as quantitative as possible, and preferably with bottom-line impact — and try to get a commitment for
a raise if your performance measures up.
• Staffing flexibility: One thing that will help you hit those benchmarks is the ability to pick your own staff. “Say, ‘I’d like to
create a winning team.’ That is going to make it easier to earn that performance-based component, as opposed to dealing
with Larry, Curly or Moe,” says Rosenthal. It also sends a very powerful message to future hiring managers: “They’re giving
you authority to staff your office.”